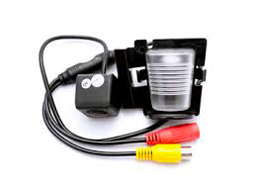 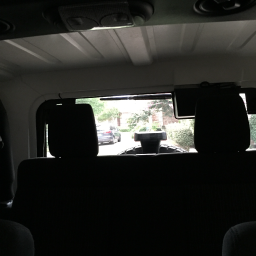 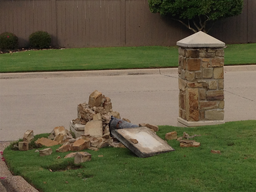 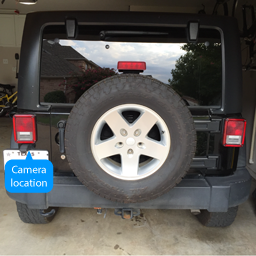 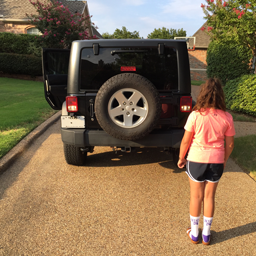 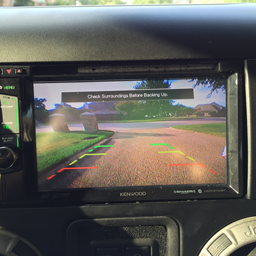 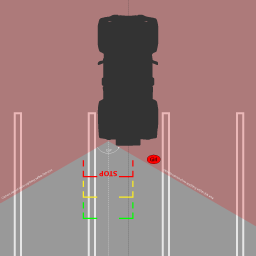 So what happened when you demolished the mailbox? I ask because I have a similar mailbox and that looks like something I would do.

Jon: First, you find a stone mason, and then a little over a year later, you install a backup camera.

You should go to the Crutchfield site and put your negative review there. While I enjoyed reading your blog, I am not looking to buy this camera. You have a responsibility to protect others from this as well.

Keith: Oh, I did. But they haven't released it to their crutchfield.com page yet.

With most aftermarket radios, you can turn off the gridlines. For the price, it is a decent camera. Also, every place that sells this item states that it does not substitute for turning your head and using your mirrors.